ART-DECOR® Open Tools – even more sustainability for the Tool Suite

ART-DECOR® is an open-source tool suite that supports the creation and maintenance of HL7 templates, value sets, scenarios and data sets. The tool features cloud-based federated Building Block Repositories (BBR) for Templates and Value Sets. It supports comprehensive collaboration of team members within and between governance groups.

The kernel activities around the tool, concept, methodology, development and practice is done by the ART-DECOR Expert Group.

In October 2016, ART-DECOR® Open Tools has been established as an Entrepreneurial Company with limited liability (German Unternehmensgesellschaft mit beschränkter Haftung). It handles commercial aspects of the ART-DECOR® tool suite development and thus complements the ART-DECOR® Expert Group that drives the development.

The main objectives of art-decor-open-tools.net are...

We heard questions about a possible change of license, intellectual property rights or copyrighted material because of the ART-DECOR Open Tools company. 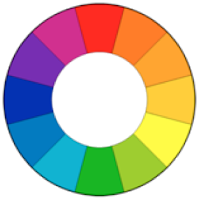 What about the logo colors?

We were asked about the background of the logo colors, as for the ART-DECOR® Tool the main color is orange.
In Sir Isaac Newton’s (1666) color wheel the light blue is the opposite of the orange we usually use (as the commercial branch is something like the opposite of the open source branch).

The dots come from the two dots of the trademarked ART-DECOR® logo. The dots are also used for the logo of the ART-DECOR Expert Group driving the development of the tool with the color orange.

Patrick E. Loyd, Co-Chair, HL7 Orders & Observations Work Group and Lorraine Constable, Co-Chair, HL7 Orders & Observations Work Group, Vice Chair Architecture Board, and Chair Standards Governance Board recently published the results of a pilot project conducted from January to March 2016 that uses ART-DECOR® to capture and manage CDA Templates. The Doctors of British Columbia, in conjunction with the BC Health Information Standards Standing Committee, recently embarked on that pilot project to research current repository tooling to manage HL7 Clinical Document Architecture (CDA®) artifacts, including both the base standard artifacts as well as the pan-Canadian and BC-specific resources.

The conclusions and recommendations were reported in detail. In short, the following high-level observations were made:
The BC Health Information Standards Working Group is making plans for rollout of the CDA Provincial Repository and Resources by the end of this year (2016).

An intermediate ART-DECOR® release – 1.8.26 – has been published mid of August. Since the last update to 1.8 in April, a lot of new features and improvements have been implemented so the Expert Group felt, that an intermediate release – before ART-DECOR® 2.0 gets published by the end of this year – would be of great support for the community.

This is a summary of the recently added features and enhancements, sorted by areas.

Performance update in viewing templates anywhere in ART. The new engine is up to 20 times faster than the old one. To this end the rendering engine has been replaced with the engine that powers publications. Not only is this many factors faster than before, it is also guaranteed consistent rendering.
Templates now support folding of elements and includes. This significantly improves navigability.
Improved: Editor can now save-and-close/create-and-close as usual or just save/create without closing the window
New feature Live Runtime Compilation introduced. Project editors may, through the Project form, compile the project at any time during their development cycle to test their drive their definitions. See Live_Runtime_Compile for more information.
New feature: You may now trim the template list to only those that belong to the selected transaction (if applicable)
New feature: Now supports parameter selector to initialize the form with a transaction as scope rather than a dataset
Script changes, additions and adaptations in order to serve well for Live Runtime Compile LRC and Instance Fragment Validation IFV.

Improved the view of valueSets in all relevant places like Datasets, Terminology, Terminology-Mapping and Issues has been updated so levels are more clear
The Terminology/Value set editor now supports creating a new value set from the data concept conceptList as defined on the in scope concept. This sets up a new value set with as much data as possible (level/type/name), and terminology associations are created upon save
New feature: The DECOR valueSets now support a new attribute ordinal that allows you to specify ordinal values connected to codes. This supports assessment scales such as Glasgow Coma Scale and Apgar Score.Note that HL7 Datatypes Release 1 as found in CDA for example, does not support communication of this attribute. Its use is therefore mostly for documentation and/or import in systems.
Value set editor now searches in code of CLaML systems as well as descriptions.

Adds option to create default PDFs when publishing a project version. Also contains sub switches for what parts / artefacts should be included.

Rewritten logic for ADAWIB regarding templates and value sets to explicitly include them in Wiki output even if they are not from this governance group. This enhancement has brought forward from the Swiss colleagues (eHealth Suisse).

Get proper ADRAM status via httpclient again, show value set from repo if so.
Enhanced support for creating an ADA community: if you choose the name ada, the new community is immediately set up with the right prototypes.

Improved conceptList id algorithm is updated for versioned concepts
Dataset/transaction tree now only marks a concept as 'mapped' when either the full dataset in scope or when the concept is mapped in a template that is part of the selected transaction.

Concept conditions are now multilingual. Text nodes are considered to be in the project default language for backward compatibility
Pre-populate new scenarios/transactions with minimal requirements.

Performance boosts for menus: asynchronous or smarter loading of projects menu and terminology menu, governance groups behind projects menu and localization messages
New feature: all relevant forms now support a self link. This allows you to bookmark the exact context of where you are at a given point in time or to send a precise link to a third party. See Copy_artefact_deep_links for more information
Updated HL7 artefacts index for performance
Updated the language/user parts of the menu slightly for better behavior on smaller screens
Datasets/Template/Value sets now allow setting status to “draft” from “pending”

This is a summary of the recently added features and enhancements.